Magic. Sailing. A murderer among heroes.
Gravedigger Volke Savan wants nothing more than to be like his hero, the legendary magical swashbuckler, Gregory Ruma. First he needs to become an arcanist, someone capable of wielding magic, which requires bonding with a mythical creature. And he'll take anything--a pegasus, a griffin, a ravenous hydra--maybe even a leviathan, like Ruma.
So when Volke stumbles across a knightmare, a creature made of shadow and terror, he has no reservations. But the knightmare knows a terrible secret: Ruma is a murderer out to spread corrupted magic throughout their island nation. He's already killed a population of phoenixes and he intends to kill even more.
In order to protect his home, his adopted sister, and the girl he admires from afar, Volke will need to confront his hero, the Master Arcanist Gregory Ruma.
A fast-paced fantasy with magical creatures for those who enjoy the Furies of Calderon (Codex Alera series) by Jim Butcher, Unsouled (Cradle Series) by Will Wight, and Percy Jackson and the Olympians by Rick Riordan.

Knightmare Arcanist was both an intriguing title and serious book cover love.  These two combinations made me sign up for this tour like sonic the hedgehog.  I’ve been on a right fantasy fix recently so getting something that is going to surprise me is a hard ask, but this was a real treat and the differentiating elements contained within gave me the warm and fuzzies – like revisiting an old friend, its familiar and endorphin releasing.

We follow two quite remarkable characters, Volke and Illia (his adoptive sister)  who are gravediggers but have high aspirations of becoming arcanists.  My instant attraction to these characters felt like love at first sight.  They have serious bond, and both have in-depth family history looming over their heads.  Flawed characters that are scared but are inexplicably strong and forces to be reckoned with.  Their dream means leaving  the Isle of Ruma and they arrive at the mainland, ready to tackle this head on.  I connected to them both on such a deep level.  Strangely, I didn’t expect to feel such a connection, it usually takes me a good few chapters to weigh a character up but they both pulled at me from the very start.

I really don’t want to delve too much into the storyline in Knightmare Arcanist as it would categorically spoil the experience but by gum, the worldbuilding was magnificent and the magic system gave me chills and had me grasping for my favourite hot chocolate.  The bonds between the arcanists and the animals was just the jackpot, think Fantastic Beasts and where to find them but a gazillion times better.  The execution the prose…just everything.  I found it a quick book to blast through, but you could spend hours just revelling in all the information the author teases out.  This book is definitely an experience.

Knightmare Arcanist is a brilliant joyride in the fantasy genre. it gives good feels and a world building delight! 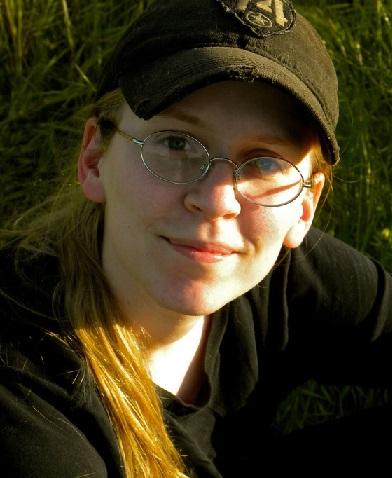 Shami Stovall is a multi-award-winning author of fantasy and science fiction, with several best-selling novels under her belt. Before that, she taught history and criminal law at the college level, and loved every second. When she’s not reading fascinating articles and books about ancient China or the Byzantine Empire, Stovall can be found playing way too many video games, especially RPGs and tactics simulators.

If you want to contact her, you can do so at the following locations:

Guild Of Tokens By Jon Auerbach

A Time Of Dread by John Gwynne | Review

A Time Of Courage by John Gwynne | Review